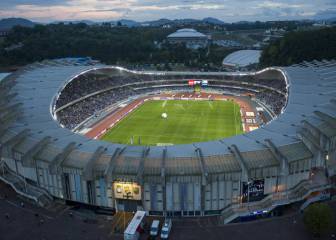 Madrid have a 48-hour first refusal or will receive 33% of any transfer fee above 50 million euros. Any deal with Arsenal could include Turan, Munir or SandroBarcelona vs Valencia: Copa del Rey semi-final 17/18

Barcelona, and in particular their technical secretary, Roberto Fernandez, are keeping a close eye on Arsenal's Mesut Özil, trying to work out how best to complete a transfer which is complicated by the 'anti-panic clauses' that Real Madrid had inserted into the contract when he left them for north London. The Catalan club may look to take advantage of the FIFA sanctions imposed on Real Madrid restricting their activity in the transfer market although, as we speak, the suits at Los Blancos are still doing their best to get these punishments overturned.

Madrid knew that they were releasing a player of top quality and although willing to do so to Arsenal, did not want to see him moving to their biggest rivals shortly after. For this reason, a first refusal clause as well as a proportional payment of any large transfer fee (clearly if his form deteriorated his value wouldn't have triggered this) were included in the contract. As Football Leaks revealed, the first refusal has been set at 48-hours meaning a quick decision would be necessary, and likely already made for the situation arising. The payout to Madrid in the case that a transfer of over 50 million euros took place - where they didn't intervene - would be 33%.

Mesut Özil is crazy about returning to Spain, to LaLiga, and to a team like Barça with its three huge stars, Messi, Suarez and Neymar, a place where his style would be perfectly suited. But the obstacles mentioned means it won't be easy. Barcelona are hoping though to find a way around them.

In terms of price, Barça can take the hit by including other players in the agreement. It appears that Arsenal are interested in three of the current squad, namely Turan, Munir and Sandro and financially this inclusion could smooth any burden.

Where Madrid hold the aces, however, is with this ability to hijack the Ozil signing by equalling anything Barca offer. And it's here that the Catalans are hoping they can use the FIFA sanctions to negate this right of the selling club and nip in. The appeal from Madrid may prove to be even more important than they first thought.