Ireland out to avenge infamous "Hand of Frog" 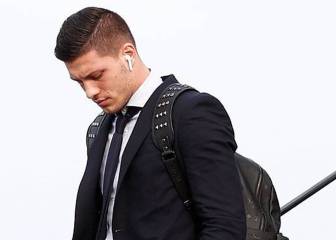 Ireland out to avenge infamous "Hand of Frog"

The memory of Thierry Henry's handball looms large over Ireland's last 16 clash with France, with many fans from the Emerald Isle viewing it as a chance for revenge. Wales vs Ireland live online

When gesticulating Ireland players raced towards Martin Hansson deep in extra time of a World Cup qualification playoff against France on November 18, 2009, the Swedish referee was not the only one to wonder what he might have missed.

The incident that had just occurred on the Stade de France pitch was almost impossible to see for the 79,145 fans in the ground and the 11 million people watching the game live on TV had to wait for a replay to realise what had happened.

The reporters covering the game soon understood they needed to rewrite their stories. The action in the 103rd minute of the second leg of that playoff was to keep them busy for days, making headlines all over the world.

It will loom large in Lyon on Sunday when France and Ireland meet for a place in the quarter-finals of Euro 2016. The next morning, French sports daily L'Equipe went for "La main de Dieu" (The hand of God), in reference to the goal Diego Maradona scored with his hand against England at the 1986 World Cup. British tabloid the Sun chose "The hand of frog" and displayed a front-page picture of the man at the centre of the scandal, France captain Thierry Henry.

France, who had won the first leg 1-0 at Croke Park, were trailing 1-0 in front of their own fans after a first-half goal by striker Robbie Keane when Florent Malouda took a free kick from the halfway line. Henry raced into the box from the left, controlled the ball with his hand to keep it in play and crossed for William Gallas, whose header gave Ireland goalkeeper Shay Given no chance.

The final score read 1-1, meaning France won the tie on aggregate to seal their ticket to the 2010 World Cup in South Africa.

"Let me enjoy this moment", France coach Raymond Domenech told journalists after the game. For Ireland fans in mourning, the atmosphere was very different. Those who were there that night tell you how they still hate hearing I Gotta Feeling, by the Black Eyed Peas, just because that song was playing in the stadium after the final whistle.

Henry, whose reputation as a fair player was shattered, soon admitted he had handled the ball and apologised. "I am not the referee (...) but if I have hurt somebody, I'm sorry,", he wrote on his Twitter account. Henry, who was never sanctioned, later said he contemplated retiring from international football after the incident.

The Football Association of Ireland (FAI)'s demands for a replay and a ""33rd place" at the World Cup were turned down by then FIFA president Sepp Blatter. With outrage over the goal in Ireland and beyond growing, world's football governing body eventually came to a financial agreement, paying the FAI $5 million to avoid a legal case.

France went on to play the World Cup in South Africa, which they left in disgrace after the team refused to train in protest against a decision by the French Football Federation (FFF) to kick striker Nicolas Anelka out of the squad after he insulted Domenech at halftime of a game against Mexico. The controversial Domenech quit after that fiasco and Henry announced his international retirement, saying in a statement he was leaving with "some amazing memories, mostly good".

Pogba happy for France to top group after Switzerland draw