Jürgen Klopp believes the Mexican forward can give him extra options in attack. Atlético maintain an option to buy the player back.

Liverpool could be lining up a bid for Benfica's Mexican forward and former Atlético de Madrid player Raúl Jiménez according to information published by Squawka which has been followed up by Portuguese daily,A BolaJürgen Klopp has elected Jiménez as the player to bolster the Reds' attack while Daniel Sturridge's future at Anfield remains up in the air.

Atlético offloaded Jiménez to Benfica for 22 million euros and until recently, held a 50 per cent stake in the player, but the Rojiblancos still have an option to buy him back - that option expires this summer. The 25-year-old left Atleti at the end of the 2014-2015 season after making 28 appearances (6 in the starting XI and 22 coming on off the bench); he scored just once during his brief spell at the Calderón, against Sevilla. 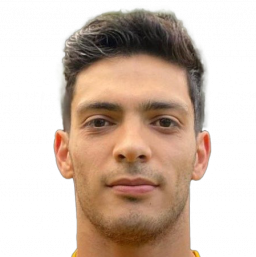 United willing to splash out 170M on Griezmann and Saúl