Salvatore Sirigu's agent Carlo Pallavicino has spoken about the Sevilla loanee-goalkeeper's situation and admitted his client could return to Napoli if he isn't getting enough first team action.

Speaking on local Napolitan Radio CRC programme Si Gonfia la Rete Pallavicino explained: "Is there a chance ghe could return to Italy to play for Napoli? I really hope so. We are always talimng about the level of excellence of Italian goalkeepers. Sirigu did well at PSG under Blanc but then he was relegated to bench without any technical reasons given. For years he has been named the best goalkeeper in Ligue 1; and I can also add that he is a great person so to see him on the subs' bench is a crime. In Italy there are many foreign keepers who haven't got what it takes. The ones one are Buffon and Donnarumma. If Salvatore signed for Napoli, it would be positive for Italian football and also for the national team".

Sirigu has made just three appearances for Sevilla - two in the league and one in the Copa. He was sent off in his second league game against Athletic Club. 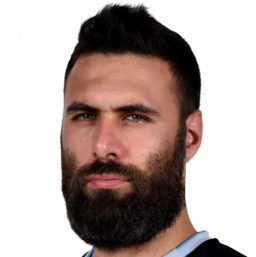