Pau López to continue at Tottenham - but as third choice

Pau López to continue at Tottenham - but as third choice

The Londoners have renewed the contracts of first choice keepers Hugo Lloris and Michel Vorm, but Pochettino is happy with the Catalan shot stopper.

Delighted with all three keepers

While Espanyol are waiting on Diego López to return from injury and with Roberto Jiménez waiting to see whether he will start Friday's game against Deportivo, the Catalans still have Pau López out on loan at Tottenham.

Circumstances have changed for the Espanyol youth team graduate since he arrived at White Hart Lane last summer - Spurs recently renewed the contract of first choice goalkeepers Hugo Lloris (to 2022) and Michel Vorm, (to 2018). But contrary to how it might seem, neither of those new deals mean that Tottenham won't be willing to pay the 7 million euros to exercise their option on Pau in June, as it appears Mauricio Pochettino wants the 22-year-old as his third choice in the net next season.

Pochettino said last week that the three keepers "have a fantastic connection" and are working well with goalkeeping coach Toni Jiménez. The Argentinean added that he and his coaching staff are delighted with the commitment that all three keepers are showing day in day out.

Even if Tottenham decide not to acquire Pau at the end of the season Espanyol will still  recieve a tidy 1.1 million euro windfall - 600,000 euros as part of the loan arrangement and a further 500,000 penalty fee for Spurs not triggering their option to buy the player. 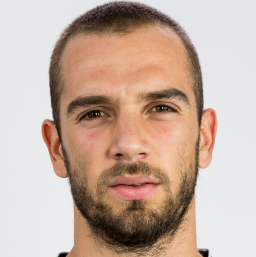