Llorente: "Conte is the best coach I've worked under"

Teams find their shooting boots as the finale approaches

Llorente: "Conte is the best coach I've worked under"

The Spanish striker spoke about Chelsea's reported interest in him and newly-appointed coach Paul Clement.Germany-Mexico

After a turbulent start to the season, Fernando Llorente is emerging as one of the leading lights at Swansea. The Spanish striker has overcome fitness problems and the team's precarious situation and enters the New Year with six goals from 17 league games. Today, he spoke to Spanish news agency EFE about Chelsea's reported interest in signing him and newly-appointed coach Paul Clement.

How much do you know about new manager Paul Clement? "I know that he's been at some big clubs with [Carlo] Ancelotti. He's learned a lot from Carlo and I think he can really help us a lot. It's true that he hasn't had that much coaching experience on his own yet, but I'm sure he can give us a big hand. The first impressions have been very positive; he has got over some important ideas to the squad and it helped us having him there for the [Crystal Palace] game. We hope he can lift us out of our situation".

Before Clement was appointed, several names cropped up - such as Ryan Giggs and Chris Coleman. How has it been for the players to go through such uncertainty since Bob Bradley left? "We, the players have taken it all calmly. We were very keen to see the new manager come in as soon as possible - as he is an important figure within the team. We needed someone in control, a boss to start working with us and helping us".

In recent weeks there have been rumours placing you in Chelsea's orbit... "To be honest, I know nothing about that. Right now I am focused exclusively on Swansea, and in resolving this complicated situation we are in".

You have worked under Chelsea manager Antonio Conte at Juventus... "My experiences working with Conte at Juve was fantastic. He's the best coach I've had in my career and I wish him the very best. I knew that he'd do well in the Premier League because he's a winner and he works very hard. I really enjoyed the year I spent with him at Juve and I wish him well at Chelsea". 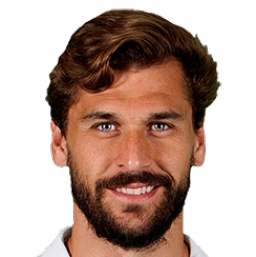 Diego Costa: I was on the verge of returning to Atlético Madrid