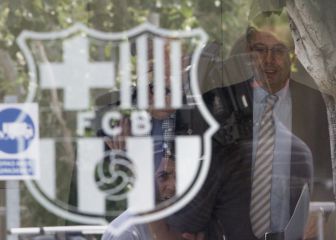 Zinedane Zidane has created another milestone today, just after a year since his arrival at the Santiago Bernabeu bench. An easy 5-0 win Real Madrid against Granada today at home has seen the French coach tie with Luis Enrique who took his Barcelona side on a 39 unbeaten stretch (in all competition) which came to an end last season, when ironically it was the eternal rivals from the Spanish capital who ended the run with a 1-2 win at Camp Nou on April 2nd.

The unbeaten record in major European leagues is held by Juventus who went 43 games without defeat between 2011/2012. The previous records were set in 1977 by Brain Clough's Nottingham Forest (40 games unbeaten) and then AC Milán when went on a 42 game unbeaten streak in 1992/93).

Zidane's side are on a 28 game LaLiga unbeaten run and on track to break a club record of 31 league battles unbeaten which was set on two occasions (1995-96 and again in 1996-97). The best undefeated league stretch in Spanish football is held by Real Sociedad who under Ormaetxea went 38 games unbeaten from 1978 through to 1980.