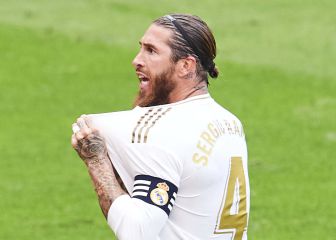 Real Madrid's candidates for a leader in the post-Ramos era

Barça's coach refused to be drawn on whether Competitions Committee should investigate Aduriz's elbowing Umtiti: "We should be helping referees".

Villarreal: "We have been preparing for the game knowing what level Villarreal are at as a team. They are the side who have conceded the fewst goals in the league and that is down to the great job which theior coach is doing. Villarreal play a very associative brand of football, they combine well, score goals... on top of that, they have also managed to be a gritty team. They're danerous. We'll be going there with the intention of taking all three points but we'll need to play extremely well to do that".

Did Thursday's defeat change your preparations for tomorrow's game? "No. Not at all. Apart from the result, I liked everything else I saw. We played to a great level and we deserved a lot more, as I said afterwards".

Do you think the RFEF should open a case into Aduriz's agression against Umtiti? "I've got nothing to say on the matter. As always, I'm all in favour of any action that will help referees collectively and which benefits them and the game as an attraction. Anything that is a help is welcome. But I prefer not to talk about specific events".

Is this Barça's toughest away game of the season? "You can never tell. It could turn out to be the easiest. In theory, it's a game against one of the teams in the top part of the table who have been doing well, so you expect it to present difficulties..."

How can Barça turn their situation around in LaLiga? "No team is going to win every single league game. We're not in the position we wanted to be in and the only way we can put pressure on those above us is by winning all of our games. There's still a long way to go".

Can you understand that Piqué could face punishment for his declarations about Borbalán while Aduriz could go unpunished? "I've got nothing to say on the matter. I'm not going to give my opinion on something which hasn't happened".