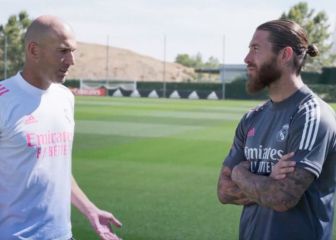 According to 'Confidencial Colombia', the Portuguese player coaxed his team mate into staying after the Club World Cup. The Blues had prepared a 90M euro offer.Portugal vs Switzerland

Chelsea tried to capitalize on James Rodríguez's uncertain situation at Real Madrid and tried to sign him at the end of December according to an exclusive report in Confidencial Colombia, who claim that the Londoners had prepared a 90 million euro bid for the Colombian - just one week after the player had lost his temper after not playing a single minute of the Club World Cup final in Japan. James said that the time that he had seven days to consider his future.

After that, James went on holiday to Colombia with his family and thought long and hard about whether he would stay or go. In the end his decision was to remain at Real Madrid at least until the end of the season and according to Confidencial Colombia, it was Cristiano Ronaldo who persuaded him to stay. They report that Cristiano recommended that it was not the right time to make the move. Zidane also took James aside for a private chat once he had returned from his holidays, as the coach confirmed himself in his first press conference of the New Year.  Zizou told James that he was a vital memeber of the squad and would have an important role to play during the rest of the season, just like everyone else in the squad.

In Madrid's first game of 2017, against Sevilla in the Copa del Rey, James figured in the starting XI and capped a great performance with a brace. Speaking to reporters after the game, the Colombian put the rumours about his future to bed: “It's a new year and a new start - I'm staying”.