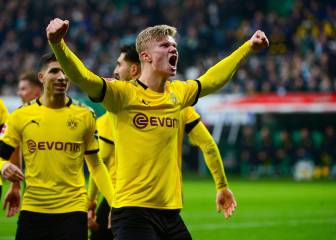 Agent Jorge Mendes and Benfica president Luís Filipe Vieira have been in China for the last few days with a Raul Jiménez transfer one of their most important topic of discussion.

Raul Jimenéz could be on the move to China, according to a report in Portuguese publication, Record. Agent Jorge Mendes and Benfica president Luís Filipe Vieira have been in China for the last few days with the Mexican striker the main point of business.

The Benfica attacker signed for the club in 2015 after a turgid spell at Atletico Madrid. He has improved at Benfica, is a star of the Mexican national side and could be set to join Carlos Tevez Oscar and Jon Obi Mikel in the east.

The 25-year-old had been linked with a potential move to Liverpool but given the financial incentives that come with a move to China, he might opt for the latter.

The report also suggests China's limitation on foreign players in any squad being set at five might hinder a move with an exit needed to free up space for the Mexican.

Bilic: Payet does not want to play for West Ham anymore