Araujo sale could be the key to Las Palmas landing Jesé

Araujo sale could be the key to Las Palmas landing Jesé

The PSG forward's high wages are an obstacle but Sergio Araujo's move to China could make the operation more economical.

According to local daily La Provincia, Araujo is on the agenda of one of the merging clubs in the Chinese Super League and his sale in the winter transfer window would vacate a place in Quique Setién's attack, and also bring in enough cash to fund the operation to sign Jesé whose loan from Paris Saint-Germain would cost around 1.8 million euros.

Araujo is valued at around 2 million euros on the specialist site transfermarkt but Las Palmas could rake in a figure nearer five million for the Argentinean.

The islanders will have to make a decision soon as a number of other clubs are eyeing a January swoop for Jesé, such as Liverpool, Milan, Roma, Valencia and Middlesbrough. 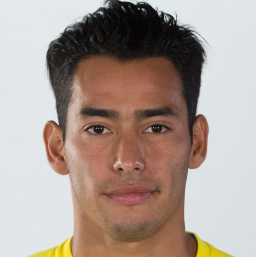