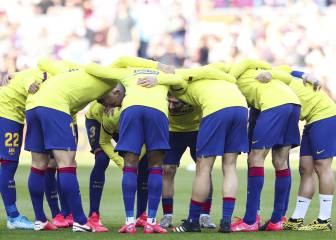 Barcelona board may ask squad to accept further wage cuts

The former Rayo Vallecano player has completed a temporary switch to the LaLiga club, in a deal that also includes a purchase option.

Ex-Rayo Vallecano midfielder Jozabed Sánchez has moved to LaLiga side Celta Vigo on loan for the rest of the season from Championship club Fulham.

Loan switch with option to buy

Jozabed joined the West London outfit in the summer following Rayo's relegation from the Spanish top flight, but has struggled for game time.

With a total of eight appearances to his name since his arrival at Craven Cottage, he has not featured for the first team since early October.

#FFC can confirm that Jozabed has joined Celta Vigo for the remainder of the season > https://t.co/3mlxFLXy52 pic.twitter.com/iROX5GU2UV

As part of the temporary deal for the 25-year-old Spaniard, Celta have also negotiated an option to buy at the end of the current campaign.

Jozabed to be presented on Friday afternoon

In a statement, the Galician club confirmed that they are to unveil the Sevilla youth product at 17:00 CET on Friday at their Balaídos stadium.