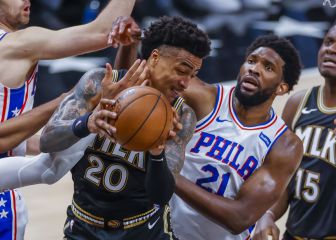 The 33-year-old Luxembourger beat Dan Evans to win the Sydney International after five defeats in finals during his lengthy career.

Gilles Muller claimed a maiden ATP Tour title after 17 years on the ATP Tour in defeating Dan Evans in straight sets to win the Sydney International on Saturday.

The 33-year-old left-hander from Luxembourg had lost all five of his previous tour finals but prevailed at the sixth attempt in the Australian Open warm-up event at the Olympic Tennis Centre.

Muller raised his arms aloft in triumph after converting his third championship point off his second serve to conclude the final 7-6, 6-2 in a shade under an hour-and-a-half on Ken Rosewall Arena.

"Wow, what a night, I've waited a long time for this," the world number 34 said after receiving the trophy from Australian tennis great Rod Laver.

"I'm sorry," he added, fighting in vain to hold back the tears. "It just means so much to me to win the first time on the ATP in front of my boys and my wife."

Evans, ranked in the high 700s in the world only a couple of years ago but destined to hit a career high 51 on Monday, was also seeking a first Tour title but failed to come to terms with the variety of Muller's serve.

The 26-year-old held his own in a tight first set without putting enough pressure on his opponent to conjure up a single break point.

Muller always looked like having the edge with his serve-volley game and made it count with a forehand smash at the net to seal the first set tiebreak.

The second set was a more one-sided affair and Evans sank to his haunches and banged his racket on the court in frustration after being broken for the second time.

Muller raced to 40-0 while serving for the match but the nerves caught up with him and he double-faulted on his first championship point and went long on his second.

Again on the third, his first serve let him down as he looked for a 13th ace to seal the victory but his angled second effort had enough on it to force the error out of Evans and the title was his.

"Well done to Gilles, I was hoping it was going to be six losses in finals but it wasn't to be," Evans said with a grin.

Muller faces American Taylor Fritz in the first round of the Australian Open next week, while Evans takes on Argentine Facundo Bagnis at Melbourne Park.

Try watching this without a tear in your eye! 🏆😢🙌 Gilles Muller in bits after winning ATP Sydney in front of his family. pic.twitter.com/saFzQSlrdM