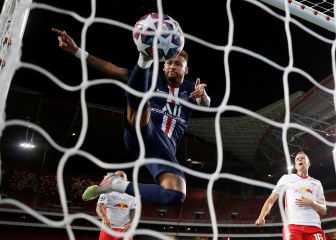 Morning all and welcome to our live daily coverage of the 2016/2017 January transfer window.

We'll bring you news and rumours from all the major leagues across Europe as they unfold as the winter market enters its second half.

Stay tuned and we'll keep you up-to-date on all the transfer rumours, big-money offers and completed moves going on in the football world.

1:00 | Argentinian defender Martín Demichelis, who parted company with Espanyol this month, appears to be close to returning to Málaga, where he played betwen 2011 and 2013.

00:50 | From transfer news to retirement news, as legendary coach Louis van Gaal says he's to call time on his management career. The full story is here.

22:50 | The Independent says Barcelona are to rival Atlético Madrid for the signature of Diego Costa, with the Spain international's former club apparently looking to replace Antoine Griezmann, who is "widely expected to move to Manchester United in the summer"....

21:50 | Real Madrid are expected to complete a deal for Swedish starlet Alexander Isak this week - and are set to pay 10 million euros for the youngster.

19:20 | West Ham United are said to be "insulted" by Marseille's second bid of £22m for want-away star man Dimitri Payet, according to reports in the UK.

16:45 | Gael Kakuta is set to sign for Depor tonight or early tomorrow as he gets set to complete his medical in A Coruña.

13:30 | Theo Hernández has put in some eye-catching performances for Alavés this season on loan from Atlético and Marseille are the latest club to express an interest in his services after Manchester City and Barcelona made discreet inquiries last summer.

12:30 | According to La Gazzetta, Arsenal are lining up a surprise move for Milan forward M'Baye Niang. The Italian daily reckon a cool 50 million pounds will persuade the Rossoneri to talk business.

09:30 | Didier Drogba has been released by MLS side Montreal Impact and although Marseille would like to bring him back to the Stade Vélodrome, the fans are not too keen. China seems a more likely destination for the veteran battering ram although Brazilian heavyweights Corinthians are also said to be interested.

Simone Zaza officially joins with Valencia until end of season