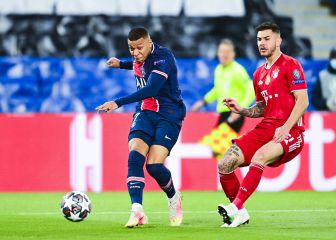 Tuttosport report that the Bernabéu board are considering an offer for the 17-year-old Italy international, who has yet to pen a new San Siro deal. Milan-Juventus live

The number one shirt at Real Madrid has come under increasing scrutiny this season with question marks emerging over current incumbent Keylor Navas.

Reports in the UK state that the Bernabéu board are interested in both Manchester United keeper David de Gea and Chelsea’s Belgium international stopper Thibaut Courtois and on Wednesday Real were linked again with AC Milan and Italy sensation Gianluigi Donnarumma.

The Milan first-choice keeper is seen in Italy as the successor to Gianluigi Buffon and still a few weeks shut of his 18th birthday he has already made more than 50 appearances for the Serie A giants.

Tuttosport have postulated that Donnarumma has yet to sign the new deal on the table at the San Siro precisely because of interest from Real Madrid and that Florentino Pérez is to make a bid in the summer.

Real’s coaching staff are said to have been watching the youngster and are keen to land him before interest from other clubs starts a potential bidding war.

Odegaard: "My time at Real Madrid is not over"