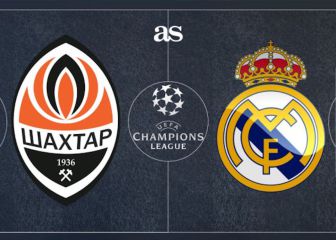 The right-back will play no part in the holders' quarter-final first leg against Real Sociedad, despite shining in LaLiga at the weekend.

Aleix Vidal has not been included in Barcelona's squad to face Real Sociedad in the Copa del Rey, despite his excellent display in Saturday's 5-0 LaLiga win over Las Palmas.

Speaking ahead of the quarter-final first leg, the boss said of Vidal's omission: "I can only pick 18 players and I have over 20 [...] it's the coach's job to make decisions."

Barcelona are also without the injured Rafinha Alcántara, but Sergi Roberto, Gerard Piqué, Denis Suárez and Jordi Masip all return to the squad.

Gerard Piqué, Denis Suárez, Sergi Roberto and Jordi Masip are back in the squad for the Copa quarter final first leg https://t.co/r7rq1Hv9LW pic.twitter.com/AGHXLNpZPl

"It's best not to ask Rakitic if he'd throw himself off a bridge..."

How and where to watch Real Sociedad - Barcelona