García, who can play as a striker or on the right wing, has arrived at the Madrid-based side on loan from Rubin Kazan until the end of the season.

Leganés have signed former Málaga and Villarreal forward Samu García on loan from Russian Premier League side Rubin Kazan until the end of the season.

With the capture of García, Leganés boss Asier Garitano now has the winger he has been asking for since Róber Ibáñez, himself on loan from Valencia, was injured against Osasuna back in November and ruled out for the season leaving Leganés with nobody whose natural position was on the right.

The signing of García is quite a coup for Leganés. There were plenty of clubs interested in the player’s services and his salary at Rubin Kazan, where he was signed by his former coach at Málaga, Javi Gracia, was a bit of a stumbling block: García earns around two million euros a season in Russia, which is considerably more than Leganés’ salary cap.

However, Leganés managed to iron out the details and García has now been confirmed as the Madrid-based side’s third signing in the winter window after the loan arrivals of Olympiacos central defender Dimitris Siovas and keeper Nereo Champagne from Club Olimpo. 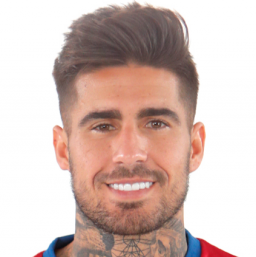