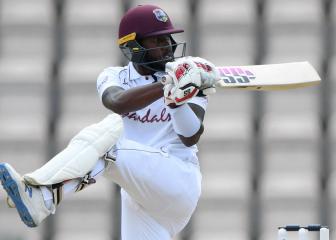 The Spaniard defeated Cypriot Marcos Baghdatis in straight sets in Melbourne on Thursday to set up a clash with Germany's Alexander Zverev.

Rafa Nadal set up an enticing third-round showdown with rising German star Alexander Zverev after powering past Marcos Baghdatis at the Australian Open on Thursday.

Nadal, who beat Roger Federer in the 2009 Australian final, will step up his challenge for a second title against 19-year-old Zverev in a draw now missing six-time winner Novak Djokovic.

Alexander #Zverev awaits for Rafael #Nadal! The next-gen vs. one of the greats. #AusOpen pic.twitter.com/F95GyIeOnf

The bottom half has opened up significantly with the stunning defeat of world number two Djokovic by Uzbekistan's Denis Istomin earlier on Thursday.

"It will be a high-quality match against a potential Grand Slam winner and a future world number one," Nadal said of his match with Zverev.

"I have no injuries and I can't ask for more right now," he added.

In his 10th meeting with Baghdatis, Nadal dominated proceedings against the 2006 finalist, cracking 16 forehand winners and only dropping his serve once.

Nadal broke Baghdatis's serve twice and gave one break back in taking the opening set in 48 minutes.

But the 14-time Grand Slam champion got down to work in the second with three service breaks to race to a two-love sets lead.

Nadal broke in the sixth game of the final set when Baghdatis double-faulted to close in on victory.

"When you have been away, off the tour for a while, you need to come back. The thing that you need is to win," Nadal said.

Nadal is bidding to win his second Australian title and become the first man in the Open era - and only the third man in history - to win each of the four Grand Slam titles twice.

Roy Emerson and Rod Laver are the only players to have won each Grand Slam on two or more occasions.

Djokovic out of Australian Open to 117th ranked Denis Istomin