Barça's Piqué gets caught up in Rakitic and Illarramendi spat

Barça's Piqué gets caught up in Rakitic and Illarramendi spat

What started as a post-match comment and Twitter moan about the referee in Barcelona's win over La Real, somehow got around to finger-pointing at Piqué's recent controversies.

Complaints after the match

The Copa del Rey quarter final first leg between Real Sociedad and Barcelona - which ended in a narrow victory for the visitors -  had controversy surrounding it on the pitch. But this has since extended to social media post-match.

It all started when La Real's midfielder, Asier Illarramendi, posted a message on Twitter to follow up his quotes after the game in which he questioned the referee's decision not to give Lionel Messi a second yellow card for time-wasting. His tweet read: "The same again as always! Another time..."

An hour after this, teammate, David Zurutuza continued the complaints on Twitter, this time including a photo to back up his argument: "Terrible control 💩💩💩 ...........and you know it!"

"I don't know if he's brave enough to say this to some of his own teammates..."

These comments drew Barcelona's Rakitic into the conversation and his response was directed at Illarramendi saying, "I don't know what Illara is compaining about, we should have had another penalty in the game. Sometimes it's better to leave your phone a little longer in your pocket..."

And just when it looked like the mini-storm was about to blow over, up popped Sociedad defender, Raúl Navas, who wasn't happy with the Croatian's comments: "I think he also has to have a look inwards and I don't know if he's brave enough to say this to some of his own teammates who speak more than Illarra, on and off Twitter". This seems a very obvious finger-pointing towards Barça's centre-back, Gerard Piqué, who has been a vocal voice of the club. 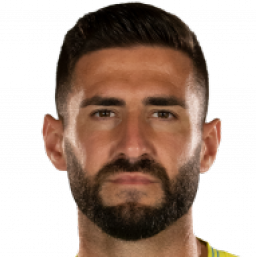