Real Madrid: A return to winning ways, but not a return to form 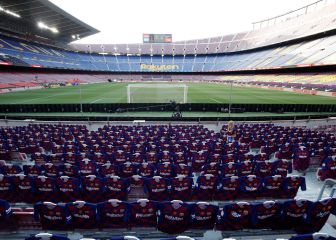 Real Madrid: A return to winning ways, but not a return to form

Three points for Real Madrid, which mean they're crowned 'winter champions' with a game in hand still to play (their trip to Valencia, postponed until 22 February); but the fans came away from the Bernabéu in far from high spirits. The fixture had looked like an ideal opportunity to banish the bitter taste left by two straight losses: Málaga came into the clash on the back of five defeats, after all, and were missing nine players. The crowd turned up for an enjoyable afternoon of football, ready to bask in the winter sun and plenty of goals - the bulk of which for Real, obviously. What they got, though, was a home team still hurting, an injury to Marcelo and an unexpected fright. That Madrid got through it was thanks to two goals from Sergio Ramos, the second of which shouldn't have stood.

Ramos to the rescue for Real in post-unbeaten run funk

Real were down in the dumps, but Ramos was a different story. He scored the first with a trademark header, just as the desperation was creeping in in the stands. Málaga had been very ropey at the back, but had been let off the hook by Karim Benzema and Cristiano Ronaldo, and decent in attack, so much so that they'd hit a post. On top of that, Marcelo's injury. And on top of that, the signs of shakiness from a Keylor Navas who just isn't the same. So the crowd's mood was growing appreciably darker when Ramos rose to nod the hosts ahead with yet another header brimming with self-belief and technical prowess. He'd soon add a second, stabbing in a free-kick on the stretch. He was offside, but the assistant didn't see it.

Benzema barracked by boo-boys in nervy second half

Game over, it appeared. But no. The second 45 was a see-saw affair in which Málaga managed to pull one back and, seconds later, almost grabbed an equaliser after robbing the ball pretty much from the kick-off. Real looked tired and off the boil. It seemed anything could happen. When Zinedine Zidane replaced Benzema, the striker came in for whistles that reflected the fans' general sense of frustration. Some reacted to the boos with applause, perhaps feeling he was no more culpable than anyone else. From there on in, what ensued was a struggle in which Real were no better than Málaga. The final whistle brought a sigh of relief. If nothing else, the leaders at least got out of there with the points and are back to winning ways. But the optimism certainly isn't back.

Ramos: "We need the fans behind us, not giving us sh*t"