Lazio and Argentina midfielder Lucas Biglia has rejected a contract extension at the Serie A side, leading to speculation in Italy that he is eyeing a summer move.

La República reported on Monday that there is significant interest in the international, who has 48 caps for his country, with Atlético Madrid, Celta, Sevilla and Valencia leading the queue for the 30-year-old. Atalanta are also keeping an eye on developments.

Biglia available on a free in June

Biglia has been linked with a move to Atlético before, with Diego Simeone a big fan of his compatriot due to his ability to play in central midfield or in a more defensive role. If Biglia is not swayed to sign a new Lazio deal he will be a free agent in the summer and his salary of around three million euros a year will not be a huge issue for Atlético. 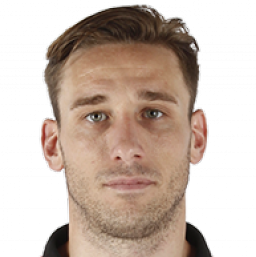 Griezmann responds to Manchester United rumours: "This is my house here!"