Celta Vigo already heating up ahead of Real Madrid clash 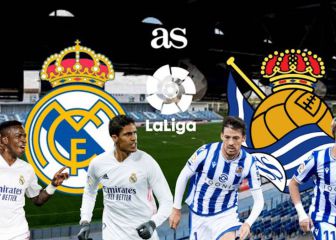 Celta Vigo already heating up ahead of Real Madrid clash

The pain of Celta Vigo's defeat at the hands of Real Sociedad on Sunday did not last long for Celta fans as they have their eyes firmly fixed on the return leg of their Copa del Rey tie against Real Madrid in Balaídos on Wednesday night, which they lead 2-1 after the first encounter.

The local fan groups have organised a meeting in the vicinity of the stadium in order to be fully prepared for the game against Real Madrid. They will meet at 19.30 with the game not set to start until 21.15 CET. Their objective is to get there before the team and greet them, sending them off and into the ground with a rousing welcome. The fans understand the importance of a special atmosphere and might feel as though Real's recent clash against Sevilla and the backing the home side got at the Ramon Sanchez Pizjuan might have unsettled the team from the capital. Celta fans are obviously trying to create a similar atmosphere and to let the players know they have their backs in this one.

Celta Vigo have license to dream

Eduardo Berizzo's team beat Real Madrid in the first leg and have an important advantage considering the fact that they have two away goals in their account before a ball is kicked on Wednesday night. It is inevitable that they will be dreaming of a pass into the Copa del Rey semi-final having beaten a giant like Madrid on their way to the last four.

Cristiano, James and Danilo train away from the main group