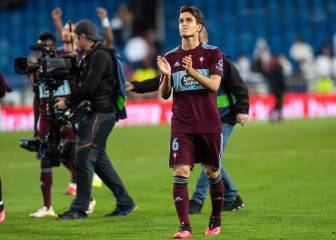 It’s the end of the first half of the season and we can see that Sevilla have found themselves in good place. Just look: one point below Real Madrid, one above Barça and already six points in front of Atletico and Real Sociedad. Atletico have already lost a lot of ground, you could say too much. Their role as a rebel against the two horse race has been taken by Sevilla, who have become the regulator of the championship. Madrid’s two visits to the Sánchez Pizjuán, one in the Cup and another in League, have left them weak. We saw it against Celta and then against Malaga, although in the end they saved the three points. But things don’t look the same.

We must not forget, it is true, that Zidane has a game in hand up his sleeve, the visit to Valencia, set for February 22nd, but we cannot see it the same way as a month or two ago. Valencia are not the same, they’ve just won two consecutive games, announcing a new, better period. And regarding Madrid, although they’re just off the back of a 40-game unbeaten run, doubts are starting to creep in. Keylor Navas and Cristiano, fundamental players, are not doing well. The squad is big but unbalanced; there are many injuries. In some positions there is no backup, or at least not a good one. Madrid are still leading and Bale will return, but he’ll have to pedal hard.

Sevilla left Pamplona with four goals scored, like in San Sebastian. And Barça also got four in Éibar, marking a good moment for them too. That says it all about Sevilla; they’re now the great agitator of LaLiga and are making it clear that they won’t settle for anything. It feels like a historic opportunity. And talking of Barça, some of Luis Enrique’s substitutes are finally starting to work, which was their big drawback up until now. The trident, for its part, remains formidable. With that and with the loss of power for Madrid, there is a league open to three in this second half of the campaign. The role of Atletico, though, has come to be occupied by Sevilla.

Mystic Messi puts on a clinic as Barça destroy Eibar