Cristiano: "I'm not here to please my critics, only my fans" 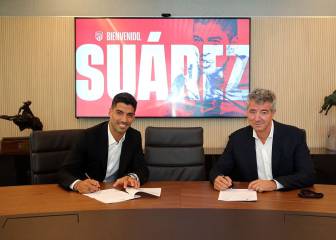 Cristiano: "I'm not here to please my critics, only my fans"

Cristiano was named the best player of 2016 by a Chinese media outlet this week. He spoke about his detractors, Zidane and being compared to Messi.Portugal vs Switzerland

Cristiano Ronaldo has gained more recognition for his performances during 2016. Chinese media outlet dongqiudi.com have named him their player of the year. After being presented with the award, spoke to the event organizers.

Critics: "I don't mind the whistles. Everyone has someone who doesn't like them for one reason or another. I'm not here to please my critics - only to make my fans happy - those who treat me kindly and with respect and who always support me".

Thanks for the support of Chinese fans. Glad to be the 懂球帝(All Football) 2016 best player.

Zidane: "We had a great respect for Zidane for who he was as a player and now as a coach. He's very passionate about football and he brings us calm, which is what we needed. He is the one who is responsible for the 40 games without defeat. He changed the team's mentality and we started to win".

Messi: "I don't like comparisons in general but they are part of the business. Messi does the best for his team, like I do for mine. We're adversaries because we play for different teams, but we have a great respect for each other".

Retirement: "When I renewed my contract I said I'd still be playing when I'm 41 - it was meant half jokingly and half seriously. If I feel good, without any injuries and I am still motivated, I'll play until I'm 35, 41 or 45. I don't know".

Future: "I can't see myself going into coaching. That looks unlikely. But I don't know what will happen in the future. At the moment, I'm only focusing on my playing career".

Pepe to join Pellegrini at Hebei on €15m a year deal