The 28-year-old Tunisian international -- who has hit out at what he called a "slander campaign" -- only joined bottom side Darmstadt in August, netting one German league goal and playing in 11 league games.

But following a meeting with the player, Darmstadt terminated Ben-Hatira's contract with immediate effect over his humanitarian work with Ansaar.

The club stressed they did not wish to comment further as they battle to avoid relegation from Germany's top flight.

"Darmstadt SV 98 views the private humanitarian aid Ben-Hatira offers, through the organisation he works with, as wrong," said Darmstadt's president Ruediger Fritsch. "After analysing the whole situation, it no longer makes sense for both parties to keep working together. "Darmstadt 98 wishes Anis Ben-Hatira, who has always behaved impeccably and exemplarily at our club, all the best for his sporting future."

Fritsch cryptically added: "Despite the very complex and sensitive issue we still think there will be people who will feel like winners following the decision."

The midfielder has also been criticised by Hessen politician Peter Beuth.

"You cannot let a professional footballer like Ben-Hatira get through (the system) when he has been linked to extremist organisations which are observed by an intelligence agency," he told daily newspaper Bild. "There have to be clear limits."

On Sunday, Berlin-born Ben-Hatira posted a lengthy open letter on Facebook railed against the "slander campaign".

He defended his work with Ansaar, who have projects in Syria, Somalia, the Palestinian territories and Afghanistan.

"Anyone who looks at my CV and my engagements will quickly see that I am the sort who is socially involved and who fights for equal treatment between people of different skin colour, ethnicity or faith," he wrote. "I'm known as someone who will not be bullied or manipulated. I'm going to try to continue to help people with my 'Anis Ben-Hatira Foundation'. "I think the real scandal is that there is now an attempt to sabotage my sports career in Germany."

Ben-Hatira, who has also played for Eintracht Frankfurt, hit the headlines in January 2016 when he was transferred from Hertha Berlin for starting a fight with a team-mate on the way back from an away game. 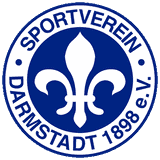