Guidetti: Thank you all of Spain and Vigo, I feel at home here 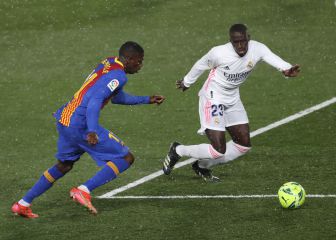 Guidetti: Thank you all of Spain and Vigo, I feel at home here

The Swedish striker was heavily involved in the first goal against Real Madrid and has turned into a proper fan favourite at Balaídos.

John guidetti could not hide his delight as he was interviewed by GOL after his side had knocked Real Madrid out of the Copa del Rey on Wednesday with his help for the first goal.

The former Manchester City striker, who never settled at the club, has found his forever home in Vigo and said, "Thanks so much to all of Vigo and all of Spain! I like playing here, I like living in Vigo.. I am a galego!"

He referred to the wonderful atmosphere at Balaídos and truth be told, the loudest noise of the night was when he was substituted late in the game after doing as much work as two men on the night.

On the game, he said "The game was very difficult because Madrid are very strong. But this stadium...look (as he looked around at the chanting fans) It is spectacular. I like it!"