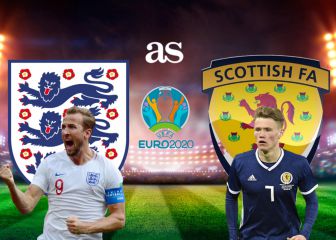 The Red Devils lost the second leg away to Hull City but their 2-0 win at Old Trafford in the first leg was enough to get them to the EFL Cup final where they'll play Southampton.

No simple task for the Manchester stars

Leading 2-0 from the first leg, United saw their advantage at an ice-cold KCOM Stadium halved by Tom Huddlestone's 35th-minute penalty and then restored by Paul Pogba's second-half strike. Niasse's goal set up a nervy finish for Jose Mourinho's men, but they survived to complete a 3-2 aggregate win that sets up a date with Southampton in the final at Wembley on February 26.

It will be United's first League Cup final since 2010, when they beat Aston Villa 2-1, and with Southampton having cleared Liverpool from their path, they will go into the game as favourites.

Hull once again showed signs of stiffened resolve under new coach Marco Silva and could console themselves with a first win over United since a 2-0 success at the old Boothferry Park in November 1974. The club also used the occasion to show their support for Ryan Mason, recovering in hospital after fracturing his skull at Chelsea on Sunday, with T-shirts bearing his name and a minute's applause.

A paltry home crowd reflected both the significant edge that Marouane Fellaini's late header had given United in the first leg and ongoing dissent towards Hull's owner Assem Allam. Silva's decision to make seven changes to his starting XI, meanwhile, did not seem to indicate a desperate desire to turn the tie around.

But almost from the off the cohesive football all came from Hull and it was United who looked a team of strangers, with centre-backs Phil Jones and Chris Smalling conspicuously unconvincing. Hull had the first serious attempt of the match, David de Gea boxing away a free-kick from Sam Clucas, and the United goalkeeper was soon involved again.

After allowing Huddlestone's up-and-under to drift over his head, Smalling had to make a last-ditch block to thwart Michael Dawson and Niasse's follow-up was fisted away by De Gea. The hosts duly took the lead on the night in the 35th minute, Huddlestone planting his spot-kick low to De Gea's right after Marcos Rojo was penalised for tugging Harry Maguire's shirt.

It took United until the 38th minute to register a shot on target, with Zlatan Ibrahimovic's side-foot effort palmed behind by David Marshall. United had three penalty appeals early in the second half and while the first and third centred on Pogba and Marcus Rashford going to ground too easily, the second was more compelling.

After seizing on a loose ball inside the Hull box, Smalling appeared to be pushed in the chest by Huddlestone, sending him down, but referee Jon Mess shook his head. If Huddlestone got away with one there, fortune deserted him in the 66th minute. Having tracking Rashford's run towards the byline on the United left, he managed to toe the ball away, but could only send it into the path of Pogba, who stabbed a low shot past Marshall.

Their nerves eased, United threatened to move out of sight, Ibrahimovic seeing a shot blocked by Dawson after dancing past Huddlestone and Rojo clipping the bar with a header. But Niasse then headed against the bar at the other end and with five minutes remaining he gave Hull victory in the game - if not the tie - by tucking away David Meyler's volleyed cross.