Real Madrid mulling move for Ghoulam as cover for Marcelo

Real Madrid mulling move for Ghoulam as cover for Marcelo

According to La Gazzetta dello Sport, the Napoli and Algeria defender is stalling on a new contract over his annual salary of 900,000 euros.

Marcelo’s recent injury absence has left Real Madrid in a bit of a pickle on the left hand side of defence. Fabio Coentrão is the only natural replacement for the Brazilian but is more often than not injured himself and while Nacho can also fill in on the left, he has been required more in the centre of Zinedine Zidane’s decimated back four of late.

On Monday La Gazzetta dello Sport reported that Madrid may be shopping in Serie A for cover for Marcelo and have set their sights on Napoli’s Algeria international defender Faouzi Ghoulam, who has also been attracting interest from Bayern Munich.

Ghoulam is understood to be stalling on a new contract and is currently on a salary of 900,000 euros a year, which he feels is not consistent with his status as one of Napoli’s key players.

The 25-year-old will have the chance to impress the Bernabéu board when Napoli travel to Madrid next month for the Champions League last-16 first leg match between the sides. 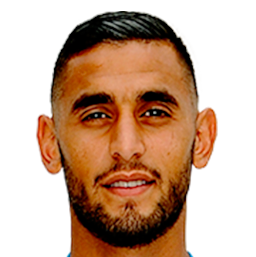 Marcelo and James Rodríguez back training after recent injuries