The club wants to sell the Brazilian now and sign the 22-year-old Iranian forward. Liverpool are also interested in the Rostov player.

Villarreal have their hearts set on FC Rostov forward Sardar Azmoun who they see as the ideal replacement for China-bound Alexandre Pato. It's an operation that looked practically impossible only a couple of weeks ago but Villarreal hope they can complete a deal within the next few days. First they must sell Alexandre Pato to Chinese Super League side Tianjin Quanjian. That transfer would bring in 18 million euros, 16 million of which would end up directly in Villarreal's bank account. The next step would be to persuade Rostov to sell their most promising young player, who only last month was elected Best Young Asian Player of 2016. And as if that wasn't a tall enough order in itself, Villarreal will also need to fend off Liverpool for the player's signature.

Villarreal hope Pato will accelerate his departure by agreeing terms with Tianjin Quanjian. The Castellonenses paid 1.7 million euros for the Brazilian and acquired 100% of his economic rights, which means they stands to make a 16 million euro profit on his sale. But the operation remains open until the player and Tianjin finalize the small print of his contract.

Pato is asking for a salary of 10 million euros for each of the three years in the contract while Tianjin have offered seven. It all hinges on how negotaitions develop - bearing in mind that time is fast running out. 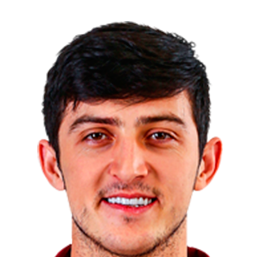 Durmisi says it "would be stupid" not to consider Liverpool offer

Theo Hernández to return to Atlético in summer