The centre-back is currently on loan at Leganés, where he is a regular in Asier Garitano's team, which complicates the operation considerably.Deportivo-Real Madrid live

Swansea are plotting a deadline day bid for 23-year-old centre-back, Pablo Insua. The player is currently halfway through his loan spell at Leganés, who he joined from Deportivo de la Coruña last July. Insua has impressed Swans manager and ex-Real Madrid assisant coach Paul Clement but prising him away from the Butarque will be anything but simple. The defender is an undisputed first choice for Lega boss Asier Garitano and has only missed a handful of games so his departure would further complicate matters for the Pepineros who are immersed in a relegation battle. Leganés would not even contemplate letting him go without some sort of economic compensation.

Insua, who came through Depor's youth system, is under contract until 2020. He played a key part in helping Leganés gain promotion last season, scoring the goal which took them into the top flight during his first loan stint with the club. Several clubs have followed his progress during his time in the lower categories with Depor and as a youth international for Spain - Valencia, Sevilla and Manchester City have all compiled scouting reports on him in the past. If Leganés agree to let Insua go, Swansea would also need to negotiate with Deportivo over the six million euro transfer fee. 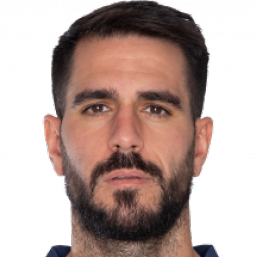