The striker was pictured wearing his new club colours on social media sites. He joined Villarreal for 1.7 million euros and leaves for 18M. Caicedo could be his substitute.

Alexandre Pato has completed his move to Tianjin Quanjian. Neither Villarreal nor the Chinese club had made any official statement about the transfer by late on Monday night but the player could be seen wearing his new club colours in his first training session in images posted by coach Fabio Cannavaro on his official Twitter account.

A fee of 18 million euros has exhanged hands for Pato who finally had his pay demands met with Tianjin Quanjian agreeing to pay him an annual salary of 10 million euros for each of the three seasons he will spend at the club.

From the transfer fee, 1.5 million euros with go to Pato's former club Corinthians who are still owed most of the 1.7 million fee Villarreal aid for the player. The Castellonenses will rake in 14.8 millon euros as profit. Axel Witsel published a photo with his new team mate shortly before Cannavaro's post.

Caicedo on the radar

Pato's departure means Villarreal need to find a striker to fill the vacancy in attack. With Bakambu only having returned from the Africa Cup of Nations today and in need of a rest, Roberto Soldado in the sick bay and Santos Borré yet to convince during his loan stint, Villarreal must find a replacement and as it stands, Espanyol's Felipe Caicedo seems the most suitable candidate. 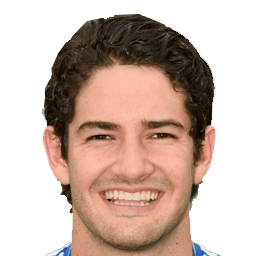