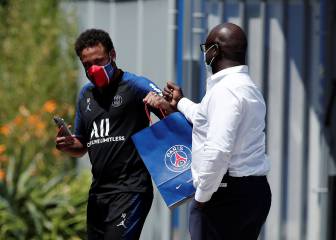 Neymar and PSG pact to facilitate return to Barça

Tennis star Rafa Nadal – who lost to Roger Federer in Sunday’s Australian Open final – was the only other Spanish sportsman to make the list of the country’s 200 most well-off people.

Surprisingly enough, both Alonso and Nadal only just scraped onto the list, placed at 197 and 198 respectively.

Two-time F1 champion and current Mclaren Honda driver has amassed a fortune of approximately €200m, a fraction more than 14-time grand slam winner Nadal, whose riches are also approximated at the €200m mark.

The bank accounts of both however are dwarfed by that of Spain’s most moneyed man, founder of fashion group Inditex, Amancio Ortega, who has an estimated net worth of €67.7 billion, making him the 2nd wealthiest man on earth.