Filipe Luis: "Coming back will be hard but not impossible" 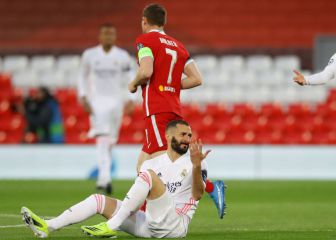 Filipe Luis: "Coming back will be hard but not impossible"

The Atlético full-back also talked red and white fatigue: "I don't see tiredness. It's true that the squad is short because of injuries but for sure we've covered as much ground on the pitch as anyone".

Filipe Luis spoke ahead of  Atlético Madrid's tie against Barcelona on Tuesday in the return leg of the Copa del Rey semi-finals, in which Los Rojiblancos travel to Catalonia 2-1 down. "We know it'll be hard but it's not impossible. We have to start the game in the Camp Nou the way we finished in the Calderón. We have to start the game well, get in their faces and hurt them in the final third, although that won't be easy. Barcelona are a great team, but we'll give it a go".

The Brazilian defender also discussed his side's win over Leganés on Saturday in LaLiga: "We have to get back to being a team which is used to winning. When you don't win doubts creep in. It's really easy to go from being fine to being bad, but much more difficult the other way round. But we have the best person around to solve it: the gaffer, who knows the club and the team and knows us too, and our lives off the pitch...We've had a few weeks of talks and different training sessions to get our confidence back".

The rojiblanco full-back also discussed fatigue among the Atlético squad, particularly given the lack of rotations in recent games: "I don't see tiredness. It's true that the squad is short because of injuries but for sure we've covered as much ground on the pitch as anyone".