Two cars belonging to the president of Serie A strugglers Pescara were set alight in an arson attack blamed Tuesday on hardline 'ultra' fans upset at the club's poor form.

Two cars belonging to the president of Serie A strugglers Pescara were set alight in an arson attack blamed Tuesday on hardline "ultra" fans upset at the club's poor form.

President Daniele Sebastiani said he planned to quit the crisis club after a Smart car and an SUV were torched, according to reports. Police were alerted by neighbours who saw one of the vehicles engulfed in flames.

Serie A condemned the "indescribable acts of violence" and Sebastiani said he had "had enough" and would quit at the end of the season, according to Il Centro newspaper.

"We hope those responsible are brought to justice as soon as possible. Intimidation or violence is not to be tolerated, especially by a president who has always run his club with immense passion and commitment," said a league statement.

Police in Pescara are studying closed circuit television cameras near the scene following the incident.

Pescara, promoted to Italy's top flight this season, have struggled to climb their way out of the relegation zone since the start of the campaign.

Sebastiani offered to resign last week to spare coach Massimo Oddo the axe and on Tuesday went a step further.

"That's it, I've had enough," he was reported as saying by Il Centro. "I will leave the club at the end of the season."

It is not the first time fans have gone to extreme measures to express their ire at Oddo's side, who sit bottom of the table on nine points with just one win and six draws from 23 games.

Graffiti insulting Sebastiani appeared on the walls of the club's Adriatico stadium on Monday following a 6-2 hammering by Lazio.

Pescara have shipped a league-leading tally of 50 goals so far and are 13 points from the safety zone. 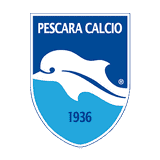