The Dragons have been impressed with the Atlético midfielder and will exercise their option to buy him outright at the end of the current season.

FC Porto will exercise their purchase option on Atlético midfielder Óliver Torres at the end of the season.

The Portuguese club, where Torres is one of a Spanish contingent including Iker Casillas and Iván Marcano, confirmed to news agency EFE that they would make Torres’ loan deal from the Calderón permanent for a fee expected to be around 20 million euros based on figures reported in the Spanish and Portuguese media when he moved to the Estádio do Dragão two summers ago.

Torres has worked his way into a starting berth under Nuno Espírito Santo and has made 27 appearances for the side this season. The 22-year-old came through the ranks at Atlético and was initially loaned to Porto for the 2014-15 season. 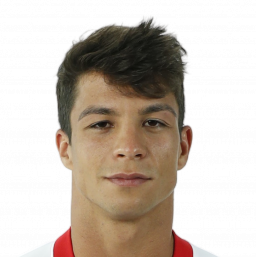