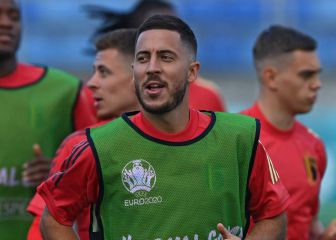 The Basque side will face Barcelona in the Copa del Rey showpiece after beating Celta Vigo in Wednesday's semifinal. It'll be only the club's second ever final appearance following a memorable 5-4 loss to Liverpool in the UEFA Cup in 2001.

Alavés have secured a second cup final spot in their history and a first in the Copa del Rey following a 1-0 win over Celta Vigo on Wednesday.

Until now, the team from Vitoria had only reached the UEFA Cup Final in 2001 when the club lost to Liverpool in a spectacular 5-4 score line; a match considered as one the best European finals ever.

History not in Alavés' favour

When they face Barça on May 27 (a venue for the match is still up in the air), it will be the 11th time that Alavés have faced Los Cules in the Copa del Rey, with both sides having met each other in five double-legged ties throughout the tournament's history.

As might be predicted, the statistics are not at all favourable for the Basque team: they’ve lost all five ties, winning just two legs and losing the other eight.

Despite this, Alavés do have some reason to be optimistic. That’s because along with defeated semifinalists, Celta, they are the only team to have beaten Barça this season. In just the third week of the current LaLiga campain, Alavés came away from Camp Nou claiming all three points after a shock 2-1 away win.