The Bernabéu board inserted a purchase option into the deal taking keeper to Alavés, where he has been one of the sensations of the season.

Fernando Pacheco is having a stand-out season with Alavés and the club rewarded their 24-year-old keeper with a new contract on Thursday after he helped the side into the final of the Copa del Rey.

Pacheco has signed a new deal running until 2020 but Alavés may yet find competition for his long-term future from his previous club, Real Madrid, who inserted a four-million-euro buy-back clause into the deal taking him to Mendizorrotza in the summer of 2015. However, the Bernabéu board will have to act quickly if they are to exercise it: the option expires this summer.

The 10 most effective keepers in the league

Only keepers who have played more than 12 games included.

Pacheco signed an initial three-year deal with Alavés after finding his chances limited at the Bernabéu, where he was third-choice keeper. Madrid may decide to trigger the purchase option to then sell Pacheco on for a higher fee.

The keeper’s stock has risen further after a stellar performance in the Copa semi-finals, where he kept a clean sheet in both legs against Celta, who in turn knocked Madrid out in the quarter-finals. Pacheco has only missed one Liga match this season and has kept seven clean sheets in 20 games, helping Alavés to the position of the fifth-stingiest defence in the division. 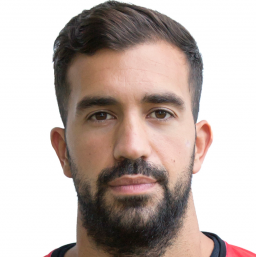 Callejón: Napoli fear Real Madrid, they're the best team in the world