Secretário warns Danilo: "If you make mistakes at Madrid..." 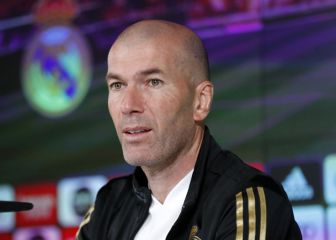 Zidane: "There is no problem between Benzema and Vinicius"

Secretário warns Danilo: "If you make mistakes at Madrid..."

The former right-back, who spent just one season at Real Madrid, added: "He's a good player, a typical Brazilian who attacks better than he defends".

A word of advice

Former Portuguese footballer Carlos Secretário, who is now coach at modest French Fourth Division outfit, US Lusitanos de Saint-Maur, has given Danilo a word of advice - urging the Brazilian not to let criticism affect his confidence like what happened to him when he was on the books at Real Madrid 20 years ago.

Secretário knows what he is talking about. Like Danilo, he was a right-back, who also joined Madrid from Porto. In his debut season, in 1996-97, he played 13 games for Los Blancos - but the arrival of Christian Panucci midway through the campaign saw him relegated to the subs' bench and he returned to Porto the following season.

Secretário, 46, told EFE that Danilo has to manitain his self-confidence at all costs to avoid making the same mistakes he made during his time in Chamartín. "When you lose your self-confidence, it's very difficult to get it back", he explained, adding about Danilo. "I've seen him put in some very good games - it's not that he lacks talent. He's a very good player - a typical Brazilian full-back who tends to be better going forward than defending. Sometimes he has problems defending but he is very good when he joins the attack".

Difficult to redeem yourself

Another nugget of wisdom from Secretério concerned the high demands at the Bernabéu and to keep mistakes to a bare minimum: "If you make a mistake at Real Madrid, it is very difficult to redeem yourself", he continued. However, he feels that the Brazilian has sufficient experience to revitalize his game and win over the fans. "Zidane is giving him confidence and that will help him to put in better peformances. They sometimes whistle Cristiano Ronaldo, and he's the best player in the world which puts it into context".

As for his own brief time at Real Madrid, Secretário looks back on those days with affection. "Things didn't really turn out for me at the beginning. I lost a little self-confidence and I didn't manage to recover from that. I played half of that season, just 13 games... overall I think it was a very good experience for me, I made a lot of good friendships and the people treated me really well - even though I wasn't playing", he said.

Offering Benzema a new contract is a big mistake