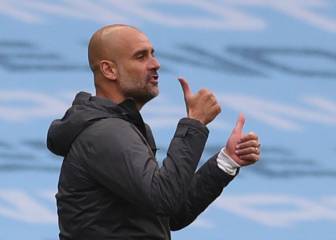 The Uruguay international blasted in a volley from 20 yards in the 3-0 win away to Bordeaux, ensuring that he has now scored in each of his last six games in all competitions.

Edinson Cavani has set a new personal best for scoring in consecutive Paris Saint-Germain games thanks to his brilliant strike against Bordeaux on Friday.

The Uruguay international blasted in a volley from 20 yards after just six minutes at the Nouveau Stade de Bordeaux to ensure that he has now scored in each of his last six games in all competitions.

6 - @ECavaniOfficial has scored in his last 6 games with @PSG_inside in all comps, his best ever run since he joined the club. Matador.

The striker, who turns 30 on Tuesday, has also scored against Lille, Dijon, Monaco and Nantes in Ligue 1 and against Bordeaux in the Coupe de la Ligue in his impressive run.

He followed up his first-half effort with another fine finish shortly after half-time to take his tally to 25 goals in just 23 appearances in France's top flight this term.