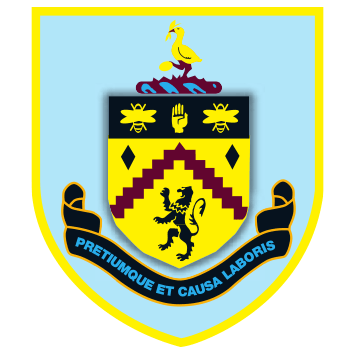 64' Change Out Brady in Arfield

81' Change Out Andre Gray in Vokes

66' Change Out Matic in Cesc

71' Change Out Víctor Moses in Willian

86' Change Out Pedro in Batshuayi

Brady cancelled out an early strike from Pedro and while the point stretched Chelsea's lead to 10 points, their advantage will be trimmed to eight points if Manchester City win at Bournemouth on Monday.

Brady's goal continued his recent run of success against Chelsea manager Antonio Conte, with the winger having also scored the winning goal for Ireland against Conte's Italy in the Euro 2016 group stage.

Burnley, whose home record is bettered only by second-place Tottenham Hotspur and Chelsea themselves, looked like they might be swept away following an electrifying start from the league leaders.

But Sean Dyche's team, who had won seven straight games at Turf Moor after losing to Manchester City in mid-November, showed great resilience and deservedly equalised after 24 minutes through Brady.

A foul by Nemanja Matic on Joey Barton on the edge of the area presented Brady, a club-record £13 million (15.3-million-euro) signing from Norwich City last month, with his chance.

He took it in style, curling a magnificent 20-yard free-kick over the wall and into the top-left corner.

That pegged back an equally impressive opener from Chelsea that was started, and finished, by Pedro in the seventh minute.

The Spanish winger helped begin the attack deep in his own half with a pass to Eden Hazard who, in turn, fed Victor Moses on the right.

After skipping past Brady's crude challenge, Moses crossed for Pedro, who had covered nearly 70 yards, and his low, angled shot gave Tom Heaton no chance in the Burnley goal.

Chelsea had threatened to simply sweep their hosts away during a positive opening in which they repeatedly hit Burnley on the break.

But after weathering that pressure, the Clarets began to show why they have become so feared on their own turf.

Ashley Barnes was presented with a couple of half-chances before the equaliser and, soon after it, Andre Gray flashed an inviting low cross through the Chelsea six-yard box.

Burnley should even have taken a lead into the interval after Barton found full-back Matt Lowton, who only had Thibaut Courtois to beat but was denied by a solid block from the Chelsea goalkeeper.

The furious tempo of the game continued after the restart, with a mistake by Matic and an error by David Luiz culminating in Gray gathering Barnes's pass and shooting straight at Courtois.

In response, and thanks to a Ben Bee mistake at the other end, Diego Costa had a shot blocked before Cesar Azpilicueta chanced his luck with a long-range shot that just cleared the Burnley crossbar.

Burnley substitute Scott Arfield was also guilty of a potentially costly error when his weak clearance was picked up by Hazard, but the Chelsea man's effort was hurried and well over.

Yet another Chelsea attack ended in similar fashion a few minutes later with substitute Cesc Fabregas slicing a shot hopelessly wide from the edge of the penalty area.

Arfield almost twisted and turned his way through on goal late on, but Luiz's challenge prevented him from giving Burnley six successive home league victories for the first time in 56 years.

Robbie Brady: "The lads were excellent today. Their home form this season has been unbelievable. It’s a great point in the end" #BURCHE pic.twitter.com/veAmDqETJC