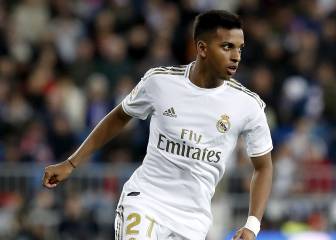 This Monday the Spanish football federation took the decision to hold the Copa del Rey final 2017, between Barcelona and Alavés, in the Calderón.

It's official: the final of the Spanish Copa del Rey will take place in Atlético Madrid's stadium, the Vicente Calderón. The match will be held on 27 May between Barcelona (who beat Atlético Madrid in their semi-final), and Alavés (who disposed of Celta vigo in theirs).

No official football stadium in Spain

Spain has no official football stadium, meaning that every year a venue has to be chosen (and often lengthy debates, in particular with Real Madrid never wanting the possibility of Barcelona winning a trophy at the Bernabéu, and Barça with a similar sentiment over the Camp Nou. This year Barcelona asked for the Bernabéu; Real Madrid said impossible).

Last ever Copa del Rey final at the Calderón

This will be the second time in a row the final has been held at Atlético Madrid's Calderón, after last year's game between Barcelona and Sevilla, and the third time in the last six years: 2012, 2016 and 2017.

With Atlético Madrid due to move to their new Wanda Metropolitano stadium this summer, this will be the last ever Copa del Rey final at the ground. In fact, this will likely be the last ever match at the Calderón (unless Atlético have to play a European qualifier in August), leading to some Atleti fans to protest to their president Enrique Cerezo to try and have the decision changed. However Cerezo had previously agreed to play the final there, with Federation boss Angel María Villar, and the protests have fallen on deaf ears.

The other options were all ruled out. Athletic Club's San Mamés is playing host to Guns N' Roses that week, making it impossible to have the Copa del Rey final there. Finalists Alavés rejected the Camp Nou, and although Barcelona requested the Bernabéu, as mentioned above, Real Madrid had their excuse prepared.

In the end the Calderón will go out in a blaze of Copa del Rey glory.