Pep Guardiola has never hidden his admiration for Jack Wilshere and Xavi is tipping the England midfielder to move to Manchester City.

Citizen Jack on the horizon

Jack Wilshere will be on Pep Guardiola's radar when he draws up a shortlist of close-season targets for Manchester City, says Barcelona legend Xavi. City boss Guardiola has long been an admirer of the Arsenal midfielder, who is spending the season on loan at Bournemouth following his well-documented injury problems in recent seasons, dating back to a Champions League tie between Barcelona and Arsenal in 2011.

The England international's future remains in question, with Arsene Wenger - whose own contract expires at the end of the season - boasting a wealth of options in the Gunners' midfield. Guardiola paid tribute to Wilshere's quality ahead of City's Premier League win over Bournemouth this week, and Xavi - a key component of Guardiola's golden Barca era - believes his old boss may be interested in striking a deal.

One of the best in the world

"I know Pep has always had a lot of respect for Wilshere - he impressed so many of the Barcelona team when we played Arsenal in 2011," Xavi told Fox Latin America. "He impressed me a lot that night, I know he also did Pep and it will be a player that he would have been following ever since.

"We have talked about him, it was not a performance you forget easily. Technically he is the sort of player that Pep loves - his only problem has been injuries - and if it wasn't for the issues he has had with injuries I am sure he would be one of the best midfield players in the world.

"At the moment he seems to be doing well with his fitness and, if there is a chance to sign him in the summer, I am sure Pep will give it real consideration." 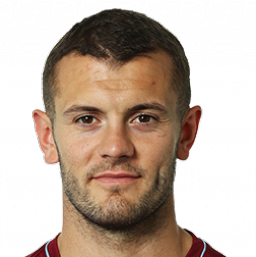