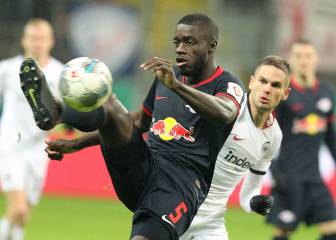 The Catalan coach's methods that proved so successful as Barcelona were indecisive at Bayern Munich and are not yet functioning properly at Man City, affirmed the ex-German international.

Paul Breitner says Pep Guardiola's distinctive style of play is not working yet at Manchester City and did not prove decisive during his time at Bayern Munich.

The Bavarian giants dominated domestically during Guardiola's time in charge, winning the Bundesliga in each of his three seasons at the helm.

But, having guided Barcelona to two Champions League titles with the famed 'tiki-taka' philosophy, he was unable to replicate that European success at the Allianz Arena, exiting the competition at the semi-final stage in 2013-14, 2014-15 and 2015-16.

That failure has seen him judged somewhat harshly compared to his predecessor Jupp Heynckes, who steered Bayern to continental glory prior to his departure at the end of the 2012-13 campaign.

"Pep has got a very special way in which he wants his team to play," said ex-Bayern Munich and Real Madrid player Breitner at a club event on Thursday.

"This works at Barcelona, this worked here at Bayern, [but] it doesn't work that [well] at Manchester where he is now.

"But his high-speed football and all the things he wanted to or did [perfect] here, or wanted to develop further when he took over from Jupp Heynckes, didn't mean that we won everything while he was here."

It remains to be seen if Carlo Ancelotti, a three-time Champions League-winning coach, can fare better than Guardiola. The Italian's Bayern side registered a crushing 5-1 win over Arsenal in the first leg of their last-16 tie on Wednesday, while Guardiola and City are due to take on in-form Monaco on Tuesday.

Xavi says Arsenal's forgotten man will be a Pep target

Pep's lovely gesture to Arter, who lost his daughter in 2015