Pep Guardiola: Gabriel Jesus' season could be over 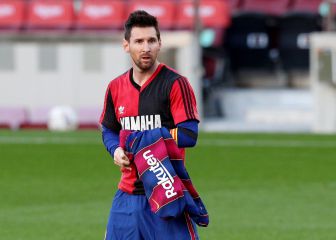 Pep Guardiola: Gabriel Jesus' season could be over

Manchester City boss Guardiola has offered un update on the condition of striker Gabriel Jesus, who suffered a broken metatarsal on Monday.

Manchester City manager Pep Guardiola has warned that striker Gabriel Jesus could be out of action for up to three months and may not return until next season.

The Brazilian, who has scored three goals in five games since arriving at City in January, broke a metatarsal in Monday's Premier League win at Bournemouth.

"He's coming back when he's fit," Guardiola said on Friday. "I don't know if it'll be the end of this season or next season. His recovery is between two and three months."

19-year-old Jesus underwent surgery on the foot injury in Barcelona on Thursday.

Guardiola was the only manager to call me - Gabriel Jesus