"My future is at stake," admits Isco after standout Espanyol display 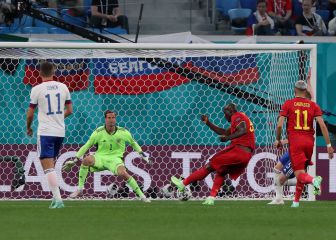 "My future is at stake," admits Isco after standout Espanyol display

"At the end of the season we will make a decision," said the midfielder addressing questions on his contract, with Zidane describing him as "happy and committed" at the club.

Real Madrid midfielder Isco has said he is "very happy" at the club despite his failure to nail down a regular starting place this season, while coach Zinedine Zidane described the player as "committed" after his impressive performance in the win over Espanyol.

Isco created both of Madrid's goals in Saturday's 2-0 LaLiga victory at Santiago Bernabeu, Alvaro Morata and the returning Gareth Bale scoring in either half.

The playmaker was linked with a shock move to Clasico rivals Barcelona last month after talks over his contract - which is due to expire in 2018 - were put on hold until the end of the season, while several Premier League clubs have long been connected with a potential transfer.

Zidane, though, was full of praise for Isco and stressed that securing the Malagan's future at the club is "crucial".

"Isco is happy and committed to what he is doing," Zidane said at his post-match media conference. "I'm pleased with how well he has done. He had a great game and I'm not just looking at his two assists for the goals. He worked well from the start.

Talking to Bein Sports after the match, Isco addressed questions regarding his future.

"I am calm, to me what concerns me is to have minutes, a player's player's is small," he said. "I am very happy here and I [hope to be] for many more years. At the end of the season we will make a decision, it is my future what's at stake."