The Italian scored his first goal for Valencia against Athletic Club - just as he reaches half of the number of games required to trigger a 16M euro purchase clause.

Simone Zaza scored his first goal for Valencia in this afternoon's home game against Athletic Club. It came just on the cusp of half-time - the Italian, in space inside the Athletic area, beat Iraizoz with a low, left-footed strike drilled inside the post. Zaza last found the net on 1 May 2016 - a header, in Juventus' 2-0 league win over Capri.

Zaza opens his account just as he reaches half of the number of games required to trigger a clause in his contract, which would oblige Valencia to buy him outright from Juve for 16 million euros. The arrangement between Valencia and Juventus states that if Voro's team remain in the top division and Zaza plays a minimum of 10 games, the striker will automatically become a Valencia player for the agreed fee. 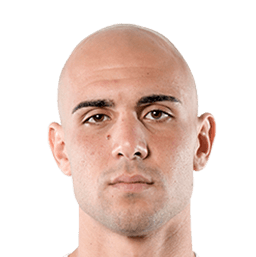