Leganés winger Machís: “It wasn't a penalty; I just dived”

Leganés winger Machís: “It wasn't a penalty; I just dived”

The Venezuela winger gave an unusual answer when speaking to a pitchside reporter after Leganés were beaten 1-0 in Mestalla on Tuesday night.

Darwin Machís, Leganés’ Venezuelan winger, gave a curiously sincere answer to a reporter after his side’s narrow 1-0 loss in Mestalla against Valencia on Tuesday night.

Penalty not given against Garay

Machís went down in the area in the first half under pressure from Valencia central defender Ezequiel Garay and television replays were inconclusive as to whether the Argentinean had got the ball, the player, or a bit of both as Machís went sprawling on the turf. In any case, match referee Vicandi Garrido did not point to the spot.

Machís: "I felt the slightest touch and just dived"

After the game, Machís was selected by Leganés to carry out a pitch side interview with television reporters. Asked about what could have been a turning point in the game, the Leganés number seven responded with a candour that is extremely rare in modern football: “I don’t think it was a penalty. I felt the slightest bit of contact and just dived. That was it. The whole team did a great job but we have to think about the next game now,” said the winger, on loan at Leganés from Granada.

Machís has profited in games against Valencia this season, scoring against Los Che in both legs of their Copa del Rey last 16 tie, although Valencia went through to the next round. Those remain the only strikes he has managed for Leganés this season. 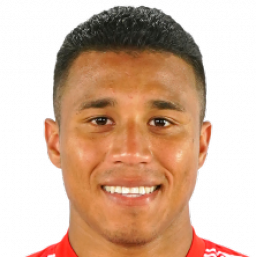 Leganés 1-5 Barcelona: The best images from the game