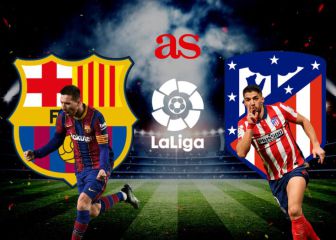 Luis Enrique has announced he's leaving Barcelona, and at the moment of the statement, after Barcelona's crushing 6-1 win over Sporting it's worth taking stock of what the coach has achieved in his two and a half years at the club.

In total Luis Enrique has won eight of the 10 trophies possible so far, with those of 2016/17 still to be decided.

Luis Enrique can still pick up another three titles, though winning all of them looks difficult.

Barcelona are in the final of the Copa del Rey, where they'll play Alavés on 27 May.

They are now top of LaLiga, after Real Madrid dropped points tonight against Sporting (Real Madrid 3-3 Sporting Gijón), though the fate of the Championship is still in Zidane's side's hands as they have a game in hand.

Barcelona need an incredible comeback in the Champions League

The most difficult challenge for Luis Enrique is the Champions League, where Barça need to turn around a 4-0 first leg deficit against PSG.

And it was that thrashing in Paris that led to a large section of the Barcelona fans (many who were never convinced by Luis Enrique's appointment in the first place) finally fully turning against him.

In Barças's next game at home against Alavés, large numbers of Barcelona fans whistled the coach and songs sung by some sections of the crowd in his support.

Luis Enrique will now be leaving the club after this season, to rest, while the Barcelona fans who never backed him will continue to say anyone could have won everything he won... so long as they had Messi in their team.

Luis Enrique: “In LaLiga we depend on what Real Madrid do”