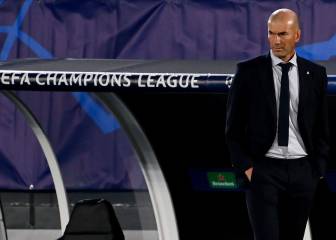 Real Madrid's visit to the Italian city have seen incredible improvements around the hotel where Zidane and co will be staying, with the roads resurfaced and double-parking prohibited.Manchester City vs Napoli: Champions League

Real Madrid are behind what's being called a miracle by Naples locals. With the Spanish giants visiting on Champions League business on Tuesday (they won the first leg at the Bernabéu 3-1), the local council have pulled out all the stops to improve the aspect of the city around the hotel where Cristiano Ronaldo and Zidane will be staying.

The streets around the Palazzo Caracciolo hotel, where Madrid will be staying, have been resurfaced, and the prohibition on double parking, normally ignored, is being strictly applied.

Cristiano Ronaldo for Mayor of Naples

Local newspaper Il Mattino even went so far as to headline their story about the changes: "Cristiano, Mayor of Naples. Madrid turn up and the potholes disappear".

The owner of a shop close to Madrid's hotel explained the situation: "I've never seen anything like it. There's always a river of double-parked cars here. Now the street is completely clear. Cristiano has renovated the area!"

With Real Madrid's visit the potholes have been fixed and the drains cleaned. For the residents Madrid have worked a miracle.

"There's always a flea market at the gates of the Palazzo, with stuff being sold straight from the rubbish. It's disappeared. I've never seen it so clean", said another shopkeeper, astonished at the change caused by Real Madrid's visit.

Over the hotel Palazzo Caracciolo flies the Spanish flag in honour of the visit. The hotel has signed a confidentiality clause to ensure no information about Real Madrid's visit leaks out, but the locals don't care, they're just enjoying their resurfaced streets.