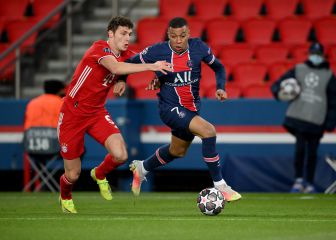 PSG are keen to land Real Madrid midfielder Isco and according to French newspaper L'Equipe the player's agent has met with club representatives.Anderlecht - PSG

Isco's situation at Real Madrid is being closely followed by French giants PSG. The twinkle-toed midfielder's contract with the Spanish club runs out in June 2018 and the player has so far refused to extend his contract, meaning he could sign a pre-contract this summer.

PSG coach Emery is a big fan of Isco, and given the possibility of the player moving from Madrid to seek out more playing time, Emery has asked the club to do what it can to bring him on board at PSG, according to L'Equipe.

And if reports are to be believed, Isco's agent, his father Paco Alarcón, has already met with representatives from the French club, to begin outlining the terms of a possible move.

Real Madrid and PSG have a good relationship at the moment, with the clubs having worked well together on the transfer of Jesé from Madrid to Paris (the striker is now on loan at Las Palmas).

PSG aren't the only club interested in Isco, with Manchester City keen to bring the player to the Premier League. In fact City tried to sign the player in 2012 from Málaga, only to be eventually frustrated when Isco signed for Real Madrid.

Sources in England say that Pep is keen on the player and has convinced City bosses to splash out 35 million euros to bring the player in this summer, ahead of a waiting pack of clubs all keen to have Isco dancing around in their midfields. It's a long list of suitors but includes at least: Tottenham, Chelsea, Juventus, and even Barcelona. Though in principle Real Madrid's eternal rivals couldn't sign him until his contract expires, as he has an anti-Barça clause.

Zidane: "Isco knows I love him, but he's part of squad rotation"